On Saturday 12 March our U11 Gymnastics Performance squad travelled to Stoke-On-Trent to compete at The British Schools Gymnastics Association (BSGA) Milano Teams National Finals. Our team consisted of Georgia, Layla and Amber – all of whom qualified at the Southern Regional Milano Competition in December 2021.

The girls were very nervous as this was their first BSGA Nationals, but they had their game faces on and were ready to show the audience what they were made of! After a quick warm-up, they were marched into the main hall and very quickly it was Layla’s turn to perform her Floor routine. She performed a beautifully elegant routine – mostly choreographed herself – and scored 15.133 of a possible 16.00!

Georgia was next, closely followed by Amber, with both girls performing energetic, clean routines and scoring 15.166 and 14.833 respectively. Fantastic scores at a national event!

The girls moved onto their Group Sequence where they were judged by a set of six judges all looking for different points and requirements. Again, they put on a marvelously entertaining display and scored a huge 27.50 out of a possible 30.00!

Last up was Vault with a VERY stiff springboard! The girls knew they had to really give it everything they could and after just one warm-up they were told it was time to perform. All three girls performed super powerful Handsprings with a solid stuck landing from Georgia! Amber scored 15.45, Layla 15.60 and Georgia 15.75 of 16.00! After they had finished competing, the Vault judge came to speak to Georgia and congratulated her on her fantastic Vault score and told her she had scored the highest score out of the entire competition in both the U11 and U16 categories! She was speechless.

The girls had a little time to wait before the presentation but this gave them time to watch the rest of the competition and see the other teams perform – there were some really strong competitors!

Lining up for the presentations, the girls were nervous but knew they had done all they could and were hoping for a medal. After hearing the U11 Team scores for 2nd and 3rd place they were keeping everything crossed, and then it was announced “In first place, and the new BSGA Milano National Champions for 2022, are…the U11 girls’ Team from Maltman’s Green School!”

Shortly after, the announcer went on to give out the region scores. This is a combined score of both teams from each region in the same category. Our girls scores were combined with the scores from the second school from the Southern Region – Godstowe – and the Southern Region was crowned the champion!

The last presentation was for the individual champion with the highest score of the day. There were lots of strong competitors but Georgia thrashed them all and was crowned Individual Champion 2022, with Layla taking the Silver medal and Amber coming in 5th.

Congratulations to all three girls competing in this event. It is a huge achievement to win a national title, but to be part of the team that won the ISGA and BSGA national titles two weeks running is outstanding!

Following on from this success, on Sunday 13 March, it was time for our 6 U11 girls to compete at The British Schools Gymnastics Association Southern Region Acrobatic and Tumbling Competition. Tallulah, Amber, Layla, Georgia, Jessica and Evelyn were there representing Maltman’s Green.

Evelyn and Amber had a good start on tumble with a long warm-up to get used to the sprung track. When it was time to compete they both performed some great runs, gaining scores between 8.50 and 9.00 out of 10.00. After totalling their three tumbles, Evelyn won GOLD with a score of 26.60 and Amber won the SILVER with 26.40. Both girls qualified to compete in the BSGA Tumbling National Championships in May.

Onto our pair routines and the girls looked great in their new matching leotards! Layla and Georgia performed an expressive routine, scoring 8.45 and finishing in 2nd place taking the SILVER medals.

Last up were Jessica and Evelyn wearing orange, performing to a routine choreographed to The Pink Panther music. They put on a great display for their judges and audience and finished with a score of 8.25 winning the BRONZE medals.

Last but not least was the Acrobatic Group Routine involving all six girls. This is a routine to music including partner balances, gymnastics skills, a group balance and various other requirements. The girls performed a very entertaining routine to circus themed music and finished with a score of 8.37, placing them in GOLD medal position and qualifying them for The BSGA Acrobatic National Championships.

Thank you to Mrs Owen-Cavaliere, Laura Timmins and Miss Elliott for all their hard work and support in the lead up to and throughout this extremely busy weekend! 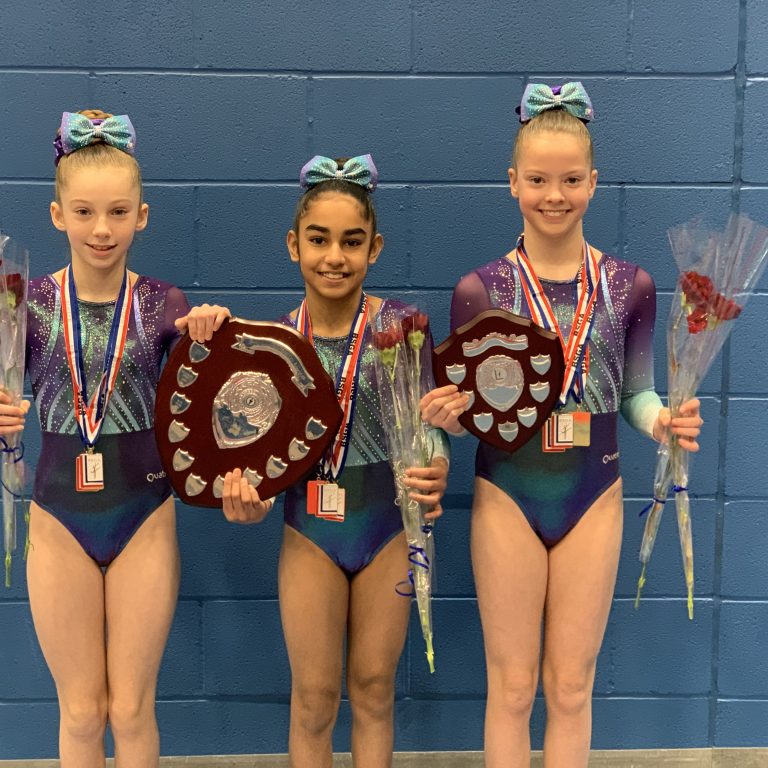 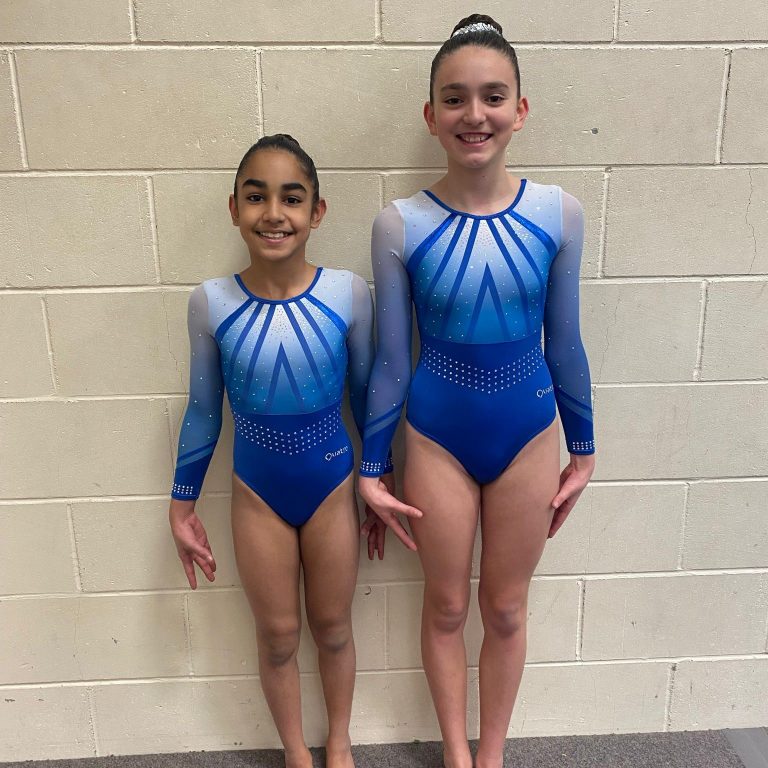 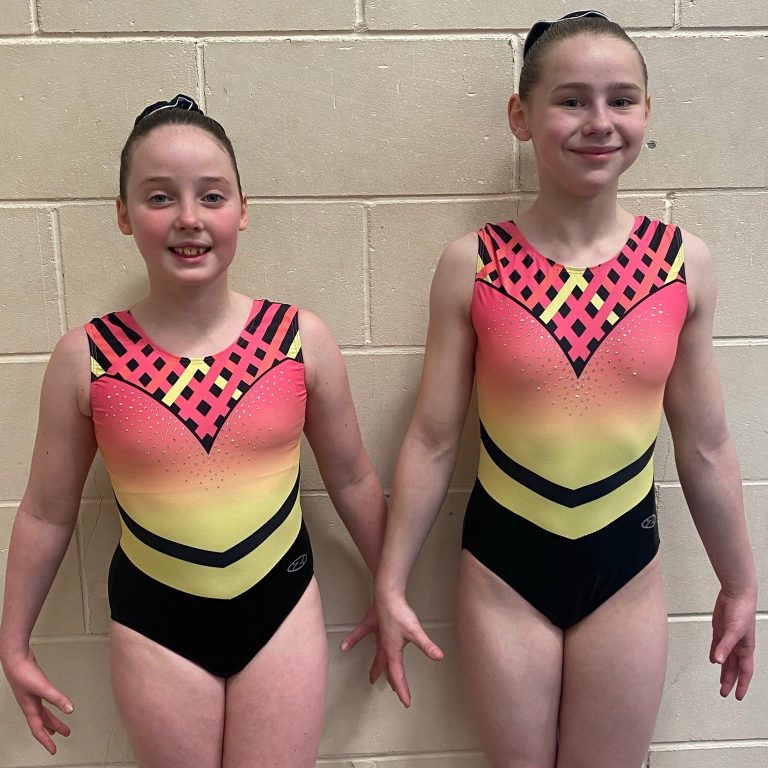