A Trip to Ancient Rome

Yesterday girls in Year 3 enjoyed a special, immersive history day about Ancient Rome! They came in dressed in some fabulous Roman costumes and excitement levels were high! The girls have enjoyed learning about the Ancient Romans in their History lessons over the term, including writing their own roman inspired Haikus in English, and Roman Day was the icing on the cake.

We were delighted to welcome Dan from Portals to the Past who really brought the topic to life. After a very interactive fact-filled morning where the girls role-played some key events in Ancient Roman history, they got to enjoy trying on Roman helmets, shoes and shields, and handled pots and coins. They also got to try their hand at some typical Roman games including Delta – a Roman numeral, maths-based game, and Segedunum – a simple and fun game. They also took part in a Roman quiz. The girls had a fantastic time as a year group. They all work so well with each other and really enjoyed each other’s’ company. It was a joy to see their great friendships and their teamwork skills. 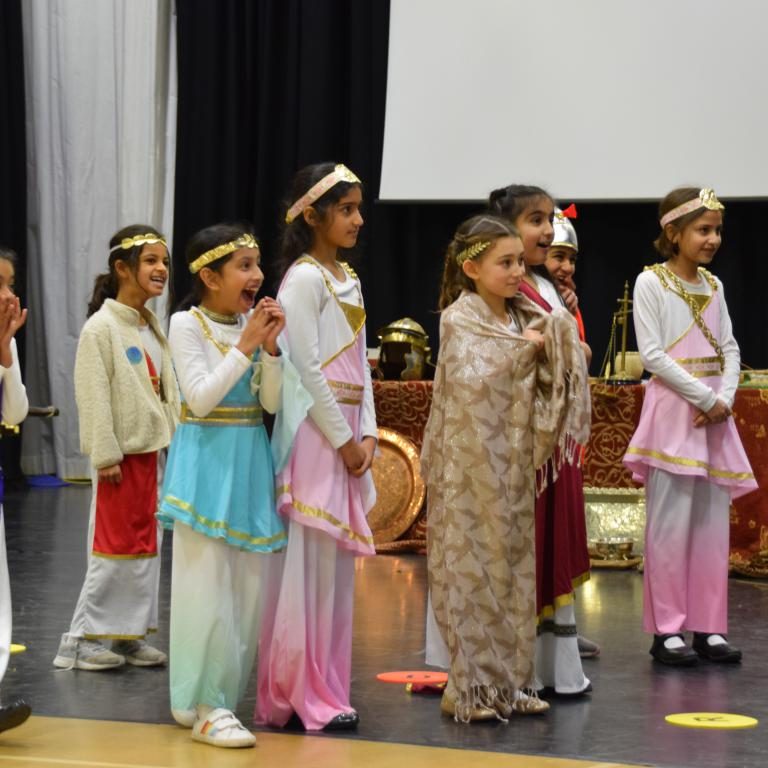 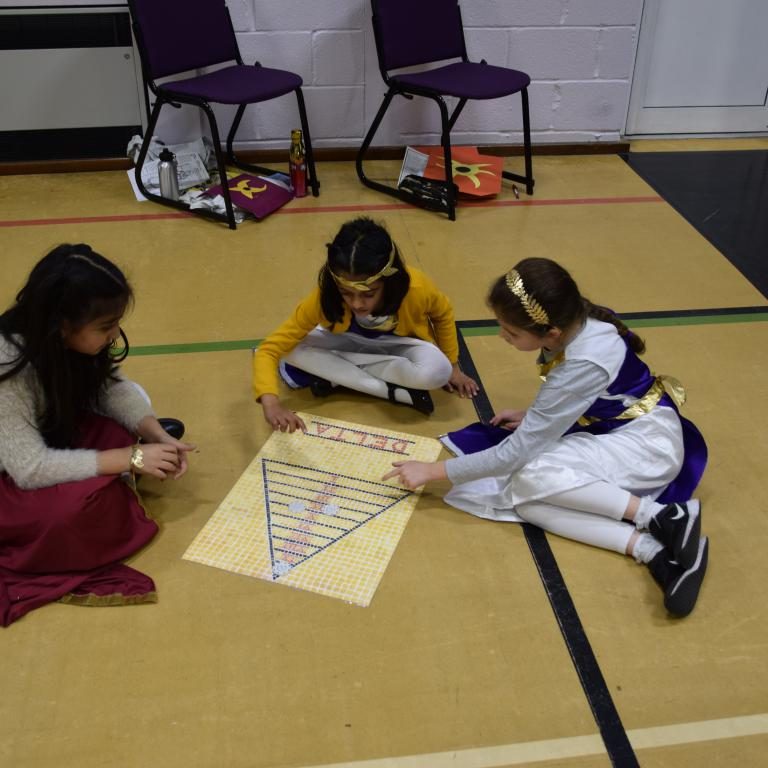 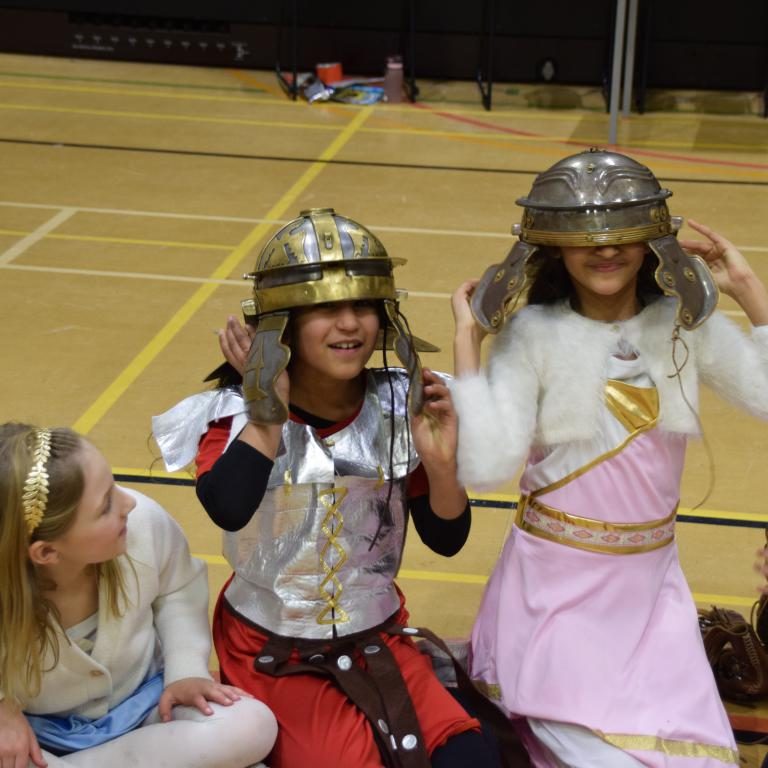 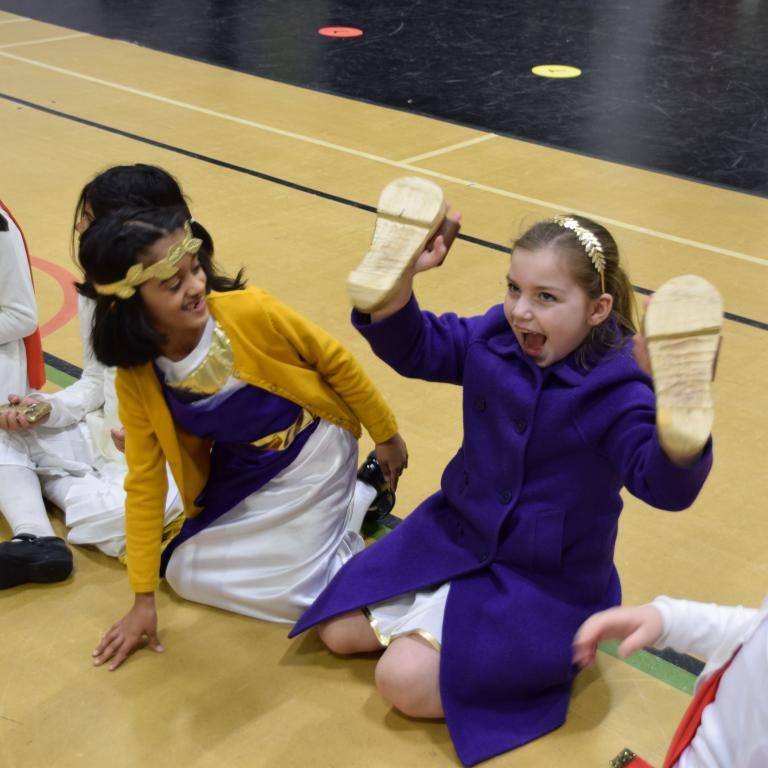 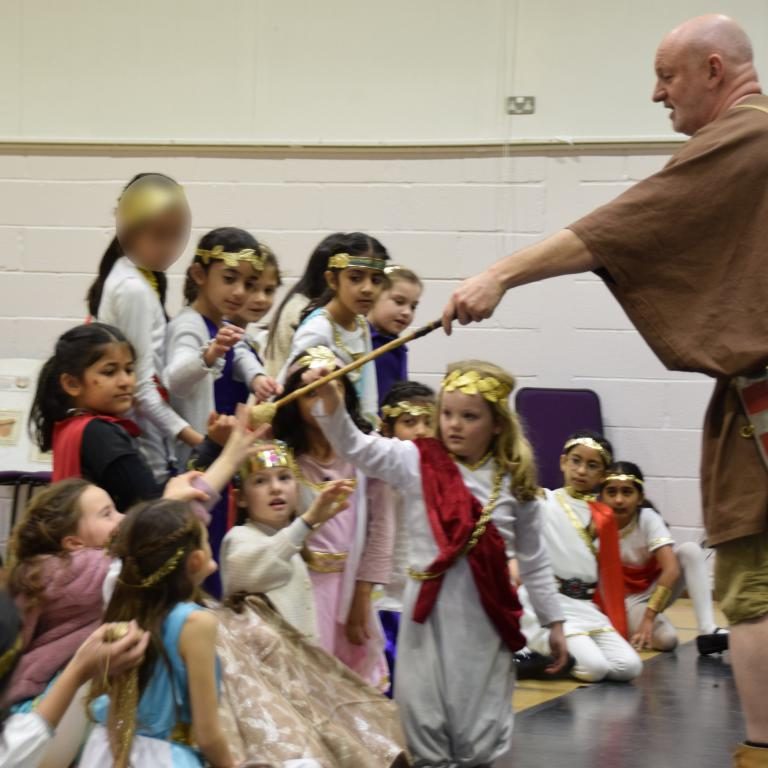 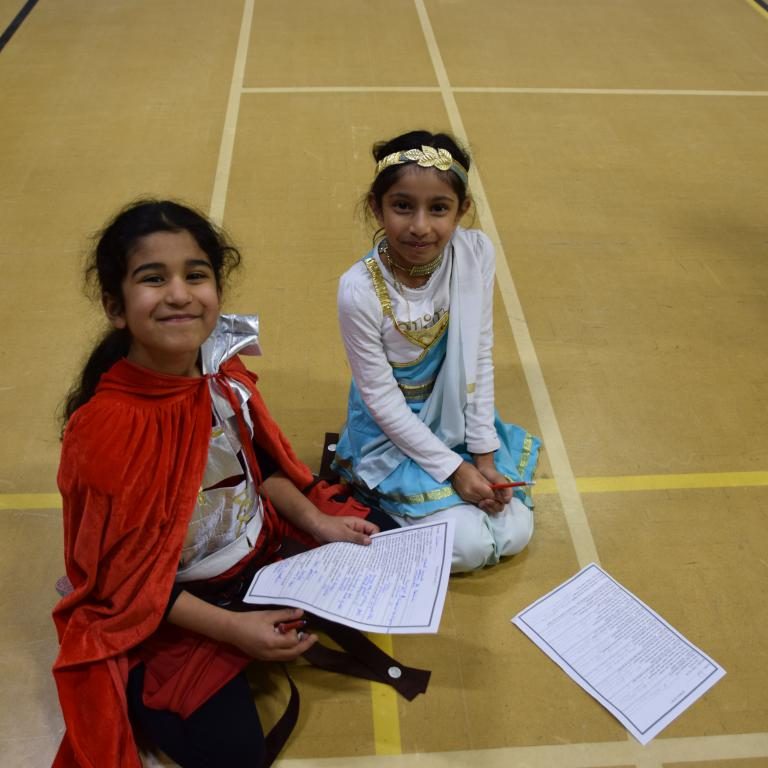 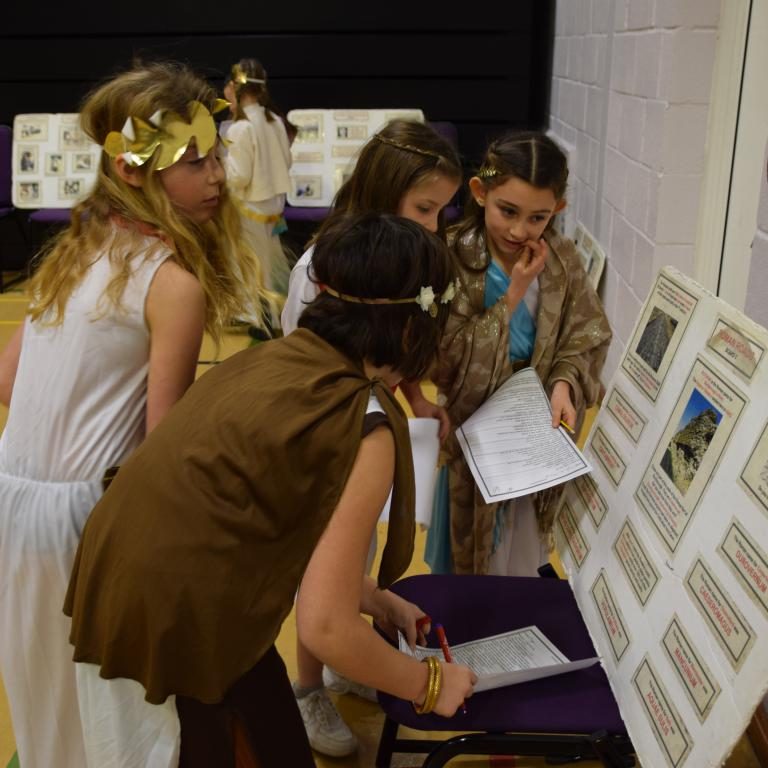 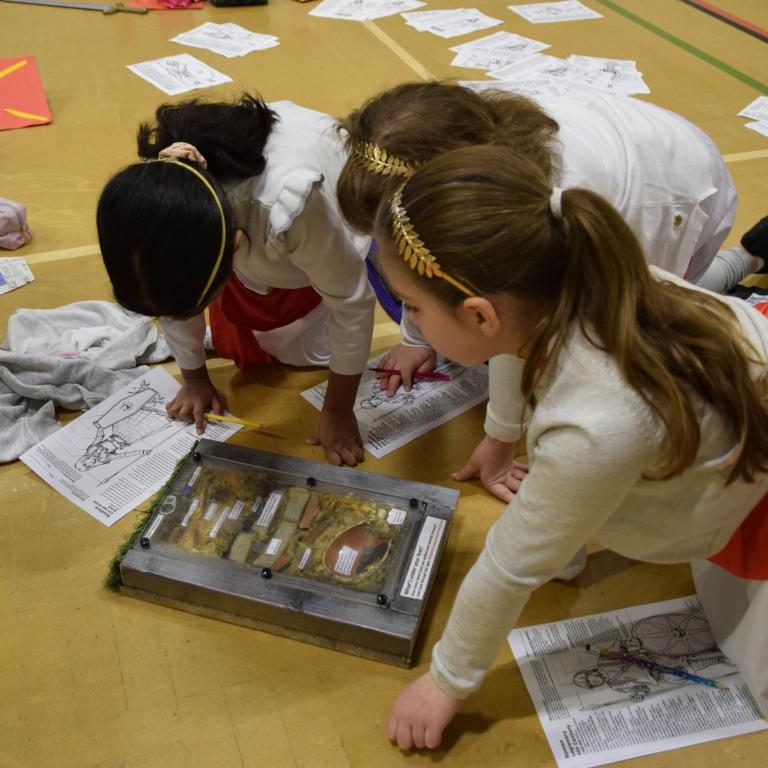 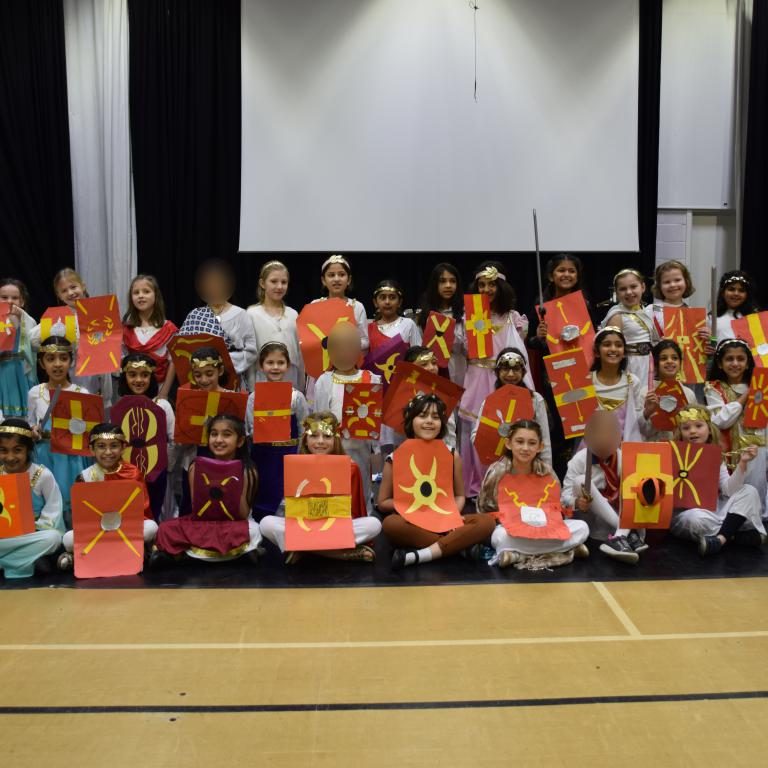 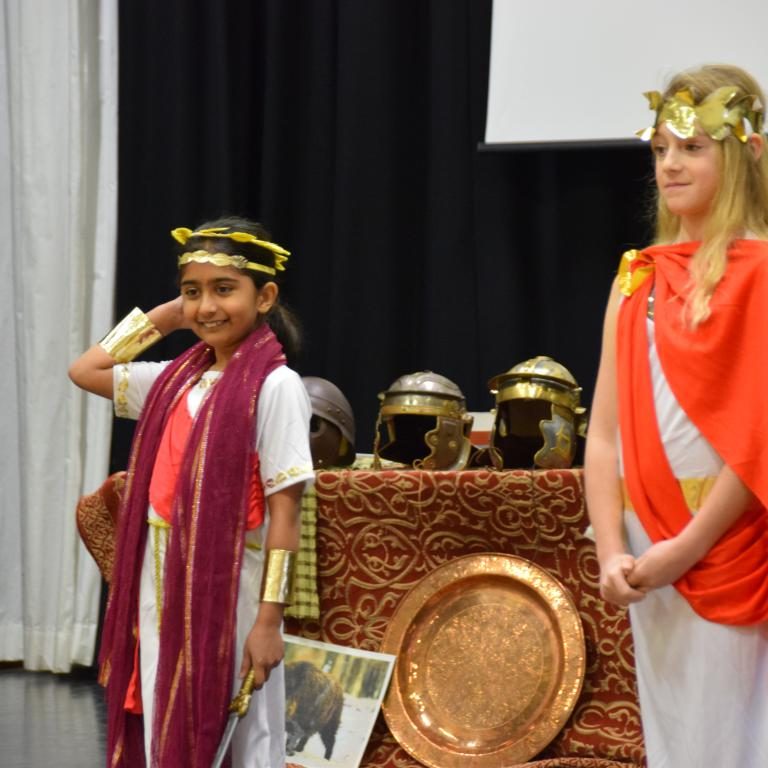