On 28 September the year five’s excitedly set off on their big Bushcraft Adventure. After an hour drive and a group singalong to ‘I love the Daffodils’ we finally arrived and were met by the staff. The rest of the day involved being split into 6 different tribes each with a staff leader and learning to build a fire to cook lunch on. The girls also learnt about camouflage, made tribe staffs and flags, and competed for the best tribe song and dance, which Cinders won. After a lovely dinner and a few games it was lights out for the first night.

Thursday was a special day as it was Kavan’s birthday, so after collecting fire wood and eating a full English we all sang ‘Happy Birthday’ and she was presented with a huge leaf crown, cards and a present from her mum. The girls were then taught about first aid, and demonstrated excellent acting skills with their screams and cries when pretending to have broken bones. They were sent off to rescue their tribe leaders who had all mysteriously collapsed around the wood, and one girl was overheard to be saying “don’t worry, you’ll die soon” – very comforting! After everyone was saved they were taught how to build a safe shelter, make survival bracelets and everyone got a tasty pizza. At one point whilst the tribe leaders were being their usual eccentric selves, Sophie whispered to me “I must say, they are a bit strange aren’t they” which made them all laugh. Next came the interesting task of ‘panassing’ a salmon, which Miss Clarke got involved in. The girls faces were a picture and a few of the really brave ones even ate an eyeball. After eating the salmon for dinner the teachers sat down to judge the ‘Bushcrafts Got Talent’ show, where each tribe performed for us. We saw many different talents; gymnastics, comedy, disappearing acts, impressions and some brave singers, but in the end Red Fire were the winners! Then we were all treated to some hot chocolate and lemon drizzle cake before going to bed.

On the final morning the girls were awoken by Fred, one of the camp leaders, singing in his booming voice. It was a beautiful last day; we even had pancakes for breakfast! We were then taught about animal traps before the tribes had their final competition – The Bushcraft Challenge, where they had to demonstrate all the things they had learned over the trip. It was fantastic to see how well they all worked together and they had obviously enjoyed learning the different skills of camping. They all produced excellent fires, traps and little shelters for the marshmallow men who joined their tribes, but The Whoopers came out on top. As we all gathered around the yurt the results of the competitions were announced and also each tribe leader had chosen a star camper from their tribe for showing extra enthusiasm, bravery and other qualities. For the Fire Foxes: Thea. The Dudes: Keira. Cinders: Daisy. Best Bushcrafters: Helena. Red Fires: Skye and The Whoopers: Sophie, but ALL of year five were excellent campers. We said our goodbyes and started our 30 minute walk back to the coach, singing our new camping songs all the way. 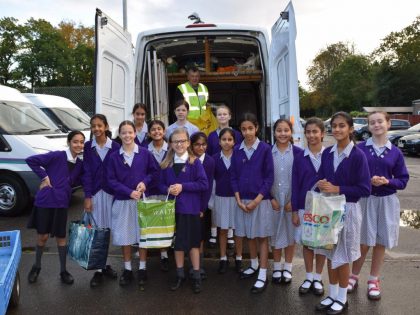